ARTICLE FOR THE 170TH ANNIVERSARY OF THE SIERRA LEONE GRAMMAR SCHOOL

How the Sierra Leone Grammar School Helped Shape My Life 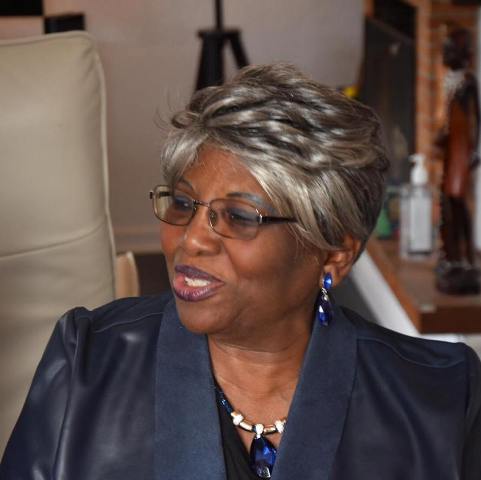 I received my secondary education up to GCE “O” Levels at the Annie Walsh Memorial School, where the only science subject offered to us was General Science.   It was customary for girls who qualified and were interested in continuing with Science to proceed to “Five Special” at the Prince of Wales School.  I excelled in General Science and captured all the class prices on the subject, throughout.  So, after my “O” levels, I was looking forward to proceed to the Prince of Wales School.  On the last week of school, all three of us who wanted to continue in Science received letters addressed to our parents to state that we should stay on because teaching staff and laboratory activities would be provided for the one-year catch-up course in science subjects.  So we stayed on.

Unfortunately, throughout that school year no Science teacher was recruited and no additional laboratory facilities were forthcoming.  It therefore came as no surprise that our “O” level results in the science subjects, at the end of the year were not up to scratch to enter sixth form.  We were given no alternative but to go on to lower sixth form Arts, having lost a whole year and with our hopes dashed for continuing to study Science.  We thought that this was unfair and that we needed to take matters into our own hands.

It was thus in the rainy season 1963 that Joan Asgill and I decided to go to the Sierra Leone Grammar School to seek admission into the sixth form.  As we climbed up the hill from Murray Town, we were full with apprehension.  What if we were rejected?  What would happen to our dreams of doing science?

We were interviewed by Mr Jacobs, whom we knew from the “Youth for Christ” movement.  We explained our case to him and he went and pleaded on our behalf at the selection committee that was in progress.  It was close to the end of the day when Mr. Jacobs emerged – we had been granted admission to the sixth form science on probation, pending our performance over the first term.  The stage was set, the battle was on.

As we were leaving the school that evening, I saw the school song displayed on the panel visible from the entrance.  I knew the first verse of it as my brother had attended the school.  I carefully read through the remaining three verses and that filled me with inspiration.  Verse four was particularly touching:

Oh! tis not the nerve or sinew or learning store alone
That the school upon her sons bestow which stamps them for her own
Tis manhood's gleams in boyish eyes steadfast and true and keen
A heart that never quailed at need: the soul that ne'er was mean.

I secretly vowed that I would interpret this to apply to girls, particularly to myself.  And why not?  So I decided to adopt these qualities for the rest of my life.  Two attributes come out clearly from this verse: self-confidence and team spirit.

We were the only two girls among 18 self-confident boys in our sixth form Science class.  Some even considered it offensive to have to compete with girls in science subjects!  With the background that we had to perform to remain in the science stream and with the determination to prove that we were as capable as the boys, we put our shoulders to the wheel.  By the end of the first term, we not only met the requirements but excelled and even beat the boys to come top of the class.  This result boosted my confidence in myself and throughout the two years in sixth form, I did well as a result.  Since then, I have been able to succeed in what was considered to be a “Man’s World”.  My self-confidence has propelled me to face all the many challenges in life, to rise to achieve the best: qualifying with a Masters’ Degree in electrical engineering from the Imperial College of Science and Technology, University of London in 1974 - the first Sierra Leone female engineer; teaching Electrical Engineering at Fourah Bay College in the University of Sierra Leone as the only female lecturer in Engineering (1974 to 1980); reaching the highest professional level in the United Nations (1980 to 2008); Energy Policy Adviser at the Ministry of Energy and Water Resources (2009-2012) and now as a distinguished Ambassador of Sierra Leone to the United Nations in Geneva (since 2012).

At the Sierra Leone Grammar School, I learnt how to work as a member of a team.  As two girls among 18 boys, we were expected to dissociate ourselves from the boys and be the “good examples”, even in situations in which we felt that the boys were aspiring for the right things and needed to be heard.  I decided that I would cooperate with the boys to address their legitimate concerns and that  would give a stronger voice to the school authorities.   Coming together as a team provided us with a strong voice that everyone was compelled to listen to.  In addition, we learned to respect each other and appreciate our relative differences.

We also worked as a team in drama and presenting a number of plays, such as George Bernard Shaw’s Saint Joan (Joan of Arc); Brandon Thomas’ Charlie’s Aunt; Extracts of Shakespeare’s Hamlet, Wole Soyinka’s The Strong Breed and Ibsen’s Enemy of the People. These plays, which provided us with valuable lessons from real life situations helped to prepare us for the vicissitudes of adult life.

The attributes of teamship have served me well in my positions at the United Nations, especially in my work to address emergency situations around the world.  As a staff, and later as the Head of the Technical Support Section of the United Nations High Commission for Refugees, we had occasion to work together in teams comprising many different disciplines to respond to refugee crises in the Democratic Republic of Congo and the Former Yugoslavia.  Teamwork was essential and I was proud of the experience I had acquired in SLGS, which came in handy.  This was also important for the response to the Indian Ocean Tsunami crisis, when, as Director of the United Nations Office for the Coordination of Humanitarian Affairs, I had primary responsibility to coordinate the international response.  I made all efforts not to “quail at need” and succeeded.

These are just two examples of how the Sierra Leone Grammar School shaped my life.  I could go on and on.  Most importantly, I would like to state that schooling in an environment in which every pupil was treated on the basis of his or her own merit, without favoritism, made a great impact in my life.  The true value of any individual is the fair recognition of his or her capabilities, regardless of his or her status in life, and recognition of this is what the Sierra Leone Grammar School instills in its pupils.

In closing, I would like to reiterate the chorus of the school song: